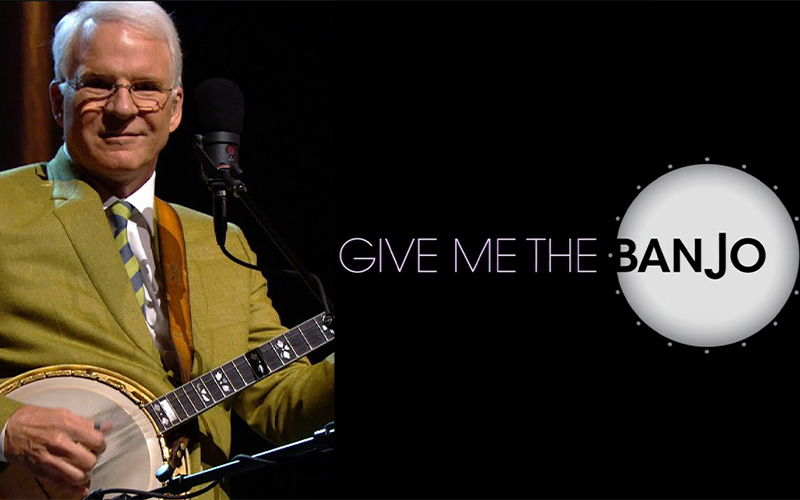 This event has been postponed. New Date TBA.

Narrated by Steve Martin, this documentary brings together contemporary players in all styles - Earl Scruggs, Pete Seeger, Bela Fleck, The Carolina Chocolate Drops, Mike Seeger, Don Vappie and Abigail Washburn, among many others - with folklorists, historians, instrument makers and passionate amateurs to tell the story of America's instrument in all its richness and diversity.

About the Music on Film Series:
New in the 2020/21 season, ECA is thrilled to present the Music on Film Series: a collection of critically acclaimed documentary films that celebrate music and the power of the artist. Each event is hosted by a local film critic or cinephile, who introduces the film and leads a Q&A after the screening. Join us for these special events on ECA's state-of-the-art digital cinema system.

Send to a Friend